Some would argue that there’s no such thing as a bad compliment. Compliments are compliments — they’re always welcome. But.. that’s just not true. Thanks to the prevalence of misogynistic ideas for centuries, certain compliments are rooted in sexism. These are compliments that people think are flattering, but really just perpetuate unfounded stereotypes about women and put us down collectively. We’ve had enough of casual sexism — it’s time to stop using all the ‘compliments’ listed below and swap them out for something better.

Women are ruling tennis courts, winning world cups, and bagging gold medals at the Olympics. Do you really still think sports are just for men to play and watch? Talk about living under a rock. Only when we start appreciating our female athletes the same way we hype up their male counterparts, will this dumb assumption start to fade away.

What To Say Instead: “What is your favourite sport?” or “Which team are you supporting?”

Did you just imply I’m not intelligent, expressive, strong, talented and an awesome human being? Because that’s what all ‘other’ girls are like. It’s 2019 and impressing a woman by putting down other women isn’t going to fly. We’re not the exception — all women are amazing.

What To Say Instead: keep it simple – “you’re amazing!”

A basic rule to follow: stop commenting on women’s bodies. Not everyone who loses or gains weight does so by choice. They may be suffering from an unspoken illness or other personal issues. Don’t attach value to women only when they’re a certain size or weight, and don’t make them feel less than if their bodies don’t look a certain way.

What To Say Instead: There’s no alternative for this, because talking about a woman’s body is never a good idea.

You might think someone is praising your natural beauty by saying this, but think about it for a while — you’ll realize they’re just putting down all the women who love to dress up for themselves. Wearing makeup or going bare faced is a personal choice, and neither is decided based on what guys might prefer.

What To Say Instead: “You’re beautiful!”

Caution! Only use this patronising sentence with a woman if you’re ready for her to never lose her mind. It’s the last straw! When a woman is angry she is angry — not cute. Stop devaluing women’s emotions! Let her express herself the way she wants. After all, you probably did something to make her angry in the first place.

What To Say Instead: “You’re angry right now, we can talk later”

Being part of the ‘guys’ on some level means joining in on their jokes about other women, and putting them down. If it means we have to avoid that and support our sisters, then consider us proudly part of the ‘uncool’ girls club. Men aren’t the standard for being cool either.

What To Say Instead: Keep it short and simple with, “you’re so cool.”

You don’t have to belong to a specific gender to do something for your parents. It’s normal for daughters to looks after their parents, take them on vacations, support them financially, and do whatever they can for them, because they are their children too. Let’s normalise the idea of independent and strong females.

What To Say Instead: “Everyone must wish they had a supportive daughter like you.”

8. Anything With “For A Girl” Attached To It

“You’re so funny for a girl,” “strong for a girl,” “outspoken for a girl,” “politically aware for a girl.” These are just some of the deeply sexist comments that men pass off as compliments.  Women successfully dominate almost every field in the world — from politics to comedy, we’ve pretty much proven there’s nothing we can’t do.

What To Say Instead: “You’re so good at this” 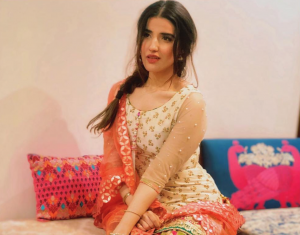 7 Hairstyles You Need To Try This Wedding Season 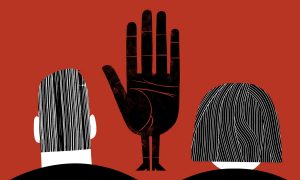 Ask The Therapist: “I am married into a combined family set-up and it is getting difficult to be in this environment…” 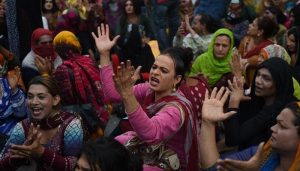