7 Ways You Can Play Your Part In Preventing Domestic Violence

It’s time to address the monster that is domestic violence, and the insidious silence around it which allows it to live. Inconsistencies in definitions, lack of reporting, and a dearth of in-depth studies concerning the issue have all made it extremely difficult to estimate a true figure representing domestic violence against women in our country. According to a recent report published by the Human Rights Commission in Pakistan (HRCP), one big reason for inadequate support provided to women dealing with domestic violence is low reporting rates. The prevalence of misogyny keeps women clamped up in fear of further repercussions, and inhibits them from seeking help. They are silenced by those around them and made to bear injustices and brutality, out of desperation and a lack of alternatives. As per an estimate, approximately 70 to 90% of Pakistani women are subjected to domestic violence.

If one sets out to search, there are hundreds and thousands of women who have their own stories of domestic violence to share. Often shame keeps women from speaking up as well, thinking they are alone in their struggle. Keeping in mind the ongoing dialogue around sexual harassment, rape and gender-based violence around the world, it is time we break the taboo surrounding this menace within our homes. Even though we raise our voice in support of the victims, there are very few instances where we actually take action. Read on to find out how you can play a part in preventing this crime.

The first step is to create awareness about domestic violence – the possible signs and indicators. If someone is too afraid to talk about it, they might still exhibit certain traits and symptoms of a victim. The signs can vary and are not always physical since domestic violence is not just limited to physical abuse. Abuse can be mental, verbal, and emotional as well. We often fail to recognise this because there’s no obvious and clear tell, but with knowledge about the issue, we can learn to identify problems and perhaps ask the right questions. You can take the next steps individually, in collaboration with your community, or a local NGO.

If you learn of a family member, friend, colleague, neighbour or acquaintance who is a victim of domestic violence, let them know you stand with them. Encourage them to speak up and assure them of providing shelter or financial help if needed. There is great power in this kind of support since many are often quick to dismiss victims.

Get your community or neighbourhood involved in the plight of domestic violence, and have it unanimously declared as a place where domestic violence won’t be tolerated. Create a group of people who will pledge to be responsible and intervene in situations of violence. Rescue the victims from the abusers and help them by lending communal support. Perhaps gather the funds to create a women’s shelter.

Intervening can sometimes be dangerous; for instance, if the abuser is armed or bigger, it can be risky to control the situation on your own. In such a case, be reactive and immediately call the police, or a helpline like madadgaar, and provide them with all the crucial information – location, names and contact details.

If you think any of your acquaintances could be suffering from domestic violence, keep a check on them. Call or text them randomly once a day, or visit them frequently. Try noticing any changes in their behaviour. As a neighbour, you can keep an eye on their home as well.

Along with other things, always remember to write down every incident you witness or hear about from a credible source with details including the date, time, location, injuries, and circumstances. This may not be useful at that exact time, but if the victim pursues legal action in the future, the information can be of vital importance. If you can encourage the victim to write down their own accounts, then that would be even more useful.

7. Use Your Consumer Power

If you’re unable to directly participate in preventing domestic violence, you can still boycott companies and brands that glorify such acts in their ads or are directly linked to known abusers. Use your consumer power and avoid supporting any entertainment content such as songs, movies, dramas, or games that either romanticise domestic violence or are made by abusers. 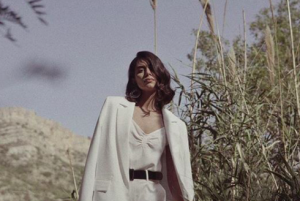 6 Bad Work Habits You Should Get Rid Of Right Now

Ask The Therapist: “After facing harassment and seeing people justify it, my mind has turned quite negative…how do I accept this as a part of my life?” 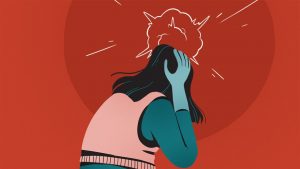 Ask The Therapist: “Recently, my family and I discovered about my dad’s second marriage…I haven’t met the woman. Should I meet her?”