Pakistani television is an institution in itself — one that houses enormous talent, embraces new emerging actors and artists, and provides us with engaging storylines. As viewers, we have all the time in the world to invest in these stories. Pakistani TV serials aren’t constricted by a 10 or 20 episode run like TV shows in the USA are. Our TV shows are more comparable to soaps, with whole lifetimes and generations of characters being covered in one season – giving us plenty of meat to sink our teeth into. Equal parts emotional and satisfying and ingenious; some series adapt older and familiar stories like Heer – Ranjha, or recreate classics like Romeo and Juliet in a culturally relevant way. Other stories seek to represent modern day issues. At the heart of all of these stories are the people, though. Above all else, Pakistani TV loves character-driven stories. It only makes sense how we’re now seeing an onslaught of strong, female-centric stories coming out of the industry. We have the ultimate list of recommendations for shows starring complex women as their focus.

This drama airs every Saturday on ARY Digital. It stars Ramsha Khan, Shehzad Sheikh, Asma Abbas, Nausheen Shah and Hassan Ahmed. Ramsha Khan plays Uswa, a carefree girl who enters into a marriage which drastically affects her freedom. The actress had to say about the character: “Uswa is the product of this hypocrite society and its double standards. When things go out of her hand, she decides to take a stand for herself and becomes very selfish, ignoring everything for her own benefit, hence Khudparast.”

This show is lead by Iqra Aziz, Imran Ashraf and Jibran Syed. Iqra Aziz plays a girl who collects garbage but is cunning and determined to change her life. Viewers will watch her journey as she moves to the city to find work. It airs on HUM TV.

Haiwan explores the story of a family and their two daughters as they come to terms and deal with the tragic aftermath of their younger daughter Jojo disappearing while playing with a friend. You can watch it on ARY Digital, starring Sanam Chaudhry, Faisal Qureshi, and Savera Nadeem.

Sanam Chaudhry and Danish Taimoor star in this drama about the extreme hardship women face in the workplace at the hands of men, and the karma which brings them justice eventually.

We would be hard pressed to find someone who hasn’t at the very least heard of Zindagi Gulzar Hai. If you somehow let this show slip by it’s time to catch up. The show features a strong matriarch in Samina Pirzada, effectively a single mother of three girls. The eldest of these girls is played by Sanam Saeed — a strong-willed, independent protagonist. The crux of the series lies on the push and pull romance between the shows stars’ Saeed, and Fawad Khan.

Udaari made headlines for being a TV show that promoted women’s rights in all aspects of Pakistani society. The series stars Samiya Mumtaz, Bushra Ansari, Ahsan Khan, Farhan Saeed, Urwa Hocane and Hina Altaf. The story focuses on the social and economic marginalization of citizens in our society, highlighting deeply rooted problems in Pakistan such as child sexual abuse, the uptake of music as a career, false police involvements and negative political supports. The hit show helped break taboos which surround these issues by providing real solutions to these very real problems.

We couldn’t have a list of strong female-centric TV dramas without mentioning Humsafar. After all, Khirad, played by Mahira Khan, was the first of this generation’s female TV characters to not only be strong-willed and independent but also someone who shows immense dignity and eagerness to succeed in a world which turns against her. The iconic TV drama stars two of our country’s biggest stars in Mahira and Fawad Khan. If you haven’t seen this show yet – you must be living under a rock!

A truly game-changing TV drama that touches on topics like domestic abuse, how divorce is considered a social taboo and most importantly the rights of transgender individuals in Pakistan’s society. The drama stars Ayesha Khan as the lead protagonist who plays a mother to a transgender child. The series follows Ayesha’s character, a strong-willed woman who faces various struggles in giving her child equal opportunities and fair treatment. 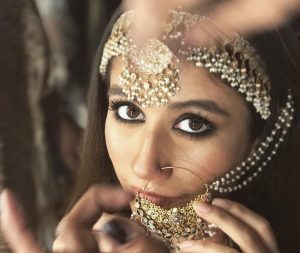 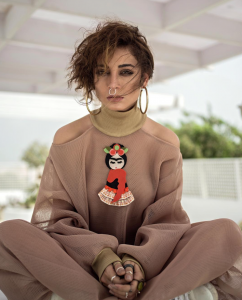 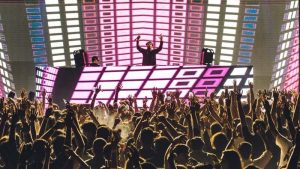 How One Event Highlighted Why Pakistan Needs Feminism