7 of Banksy’s Most Famous Artworks

Undoubtedly, Banksy is one of the most celebrated graffiti artists. He or she is also a political activist and has taken over the world with visually delightful, yet thought provoking art, all while staying anonymous. The politically charged murals have been stencilled on streets, walls, and bridges of major cities throughout the world. Scroll down to uncover some of Banksy’s most renowned masterpieces.

This mural is considered some of Banksy’s best work. It features a man dressed up in clothes that one would associate with riots, but instead of throwing a dangerous weapon, he’s throwing a bouquet of flowers. It’s an indication of peace instead of war. What makes this artwork iconic though, is its location – Jerusalem.

2. One Nation Under CCTV

This artwork, situated on a London wall, is one of Banksy’s most recognisable pieces. The mural features a young boy painting the text on the wall, while being watched by a security guard. The artist is criticising the excessive surveillance from CCTV cameras in public spaces – a controversial issue in Britain back then. The artwork, however, is memorable for the way Banksy pulled off the stunt. Three storeys of scaffolding were erected to create the artwork, located right next to those ubiquitous CCTV cameras, which failed to capture Banksy’s identity.

This artwork is located in the low-income area of Chinatown in Boston. The mural shows a sad-looking painter who has painted the words ‘follow your dreams’ on the wall and then stamped it with the word ‘cancelled’. This piece has various interpretations. Some say it’s a commentary on class stratification. Others believe that it’s the artist way of showing how everyone is told to follow their dreams, but nobody lets anyone achieve their goals.

Banksy stencilled this politically charged artwork onto the Israeli-Palestinian West Bank barrier wall in 2005, along with eight other murals. Once again, a strong message is relayed, with the location playing a key role. The artwork shows two kids playing with sand, with beautiful scenery drawn behind them. It depicts how peace can be achieved, if only the barrier was destroyed.

Leonardo Da Vinci’s Mona Lisa is the most famous and most imitated = painting of all time. However, Banksy presented the poised Mona Lisa in a completely different manner in his mural in London. Holding a bazooka in hand, Banksy’s Mona Lisa is powerful and confrontational. However, her facial expression remains just as calm as in the original. It can be interpreted as how blasé people have become to the never-ending realities of war.

6. Sweeping It Under The Carpet

Banksy painted this artwork on a wall in North London. It shows a woman who appears to be a maid, sweeping dirt under the cover of a brick wall. This mural is interpreted as a representation of the western world’s reluctance to deal with global issues such as the AIDS epidemic, amongst others. However, about this painting, the artist is claimed to have said, “In the bad old days, it was only popes and princes who had the money to pay for their portraits to be painted. This is a portrait of a maid called Leanne who cleaned my room in a Los Angeles motel. She was quite a feisty lady.”

7. There Is Always Hope

Painted on a wall in london, this shows a little girl reaching for a red balloon with the words ‘There Is Always Hope’ etched on a staircase behind her. The true meaning of this mural still remains debatable. However, it is widely believed that the heart-shaped balloon represents love, hope, innocence, childhood and self-confidence. The piece could be said to depict someone losing something which is within your grasp. This also happens to be the same painting that was shredded during an auction, and has since then increased in value! 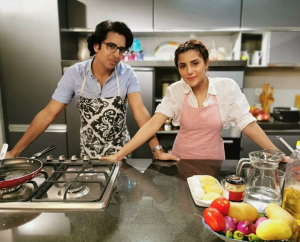 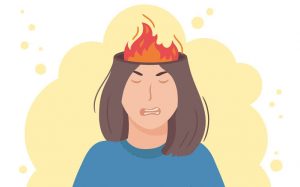 10 Tips To Help You Manage Your Anger 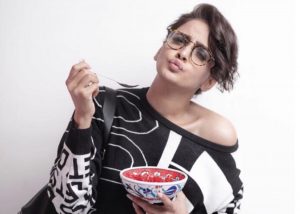