6 Scientifically Proven Ways to Be Happier

They say happiness can’t be bought — it’s something we work towards achieving every day. The concept of happiness is a tricky one. Everyone’s definition of it differs. For some people it’s rooted in family and friends, for others it’s travelling; some people love staying peacefully at home, and other people get satisfaction from work. Attaining that feeling of contentment from these things are where things get messy. Sometimes we put too much pressure on ourselves to feel a certain way all the time. When things don’t seem to be going your way, remember how science shows us that the simplest acts can make us feel less stressed. If you’re struggling to stave off the stress and stay content, we’ve got you covered with these science-backed ways to be happier.

Ever wondered why going to the beach can instantly lift up your mood? It’s not just a coincidence. Nature itself is a mood booster. In an experiment conducted in Japan, participants were made to fill a questionnaire regarding their moods and stressors. They were then asked to walk in a forest or urban centre. The results showed people who opted for the forest route had lower heart rates, less anxiety and were happier. Exposure to nature can have a significant impact on relieving stress. You don’t necessarily have to go far away from the city — just a simple walk in the park can do the job. Consider it a bonus if you’re in Karachi and have the luxury of being able to escape to one of our many beaches.

Exercising not only keeps you physically fit, but also helps you keep your mental health in check. A review in the Journal of Happiness Studies, it was found that people who exercised once or twice a week turned out to be much happier than those who never worked out at all. You don’t need to be a gym rat to achieve the feeling that working out induces. Just a little movement in your body can also boost your mood.

In the words of William Arthur Ward, “feeling gratitude and not expressing it is like wrapping a present and not giving it.” In a positive psychology research, gratitude was strongly and consistently associated with greater happiness. Embracing gratitude helps people feel more positive emotions, relish good experiences, improve their overall health, deal with adversity, and build stronger relationships. Two psychologists from the University of Miami conducted an experiment in which participants were divided into three groups and were asked to write about certain topics each week. The first group wrote about things they were grateful for, while the second group wrote about what annoyed them, and the third simply noted their average experiences of the week. After 10 weeks, the first group claimed to have felt the most optimistic. You can practice gratitude by appreciating what you have — for example, calling up a friend and appreciating them. You could also try donating clothes and food to those in need.

4. Write Down Your Emotions

Bottling up overwhelming thoughts can make you anxious, stressed and closed off. Holding onto your problems isn’t a solution. According to research conducted at the University of Texas at Austin, journaling about emotions and stress actually boosts our immune system, and in turn, reduces the impact of stress on our physical health. It’s a cathartic process that gets out all the messy, uncomfortable things you’re feeling without having to rely on anyone else to listen or provide answers. It’s just you and your thoughts on paper.

Sometimes brightening up someone else’s day can reactively influence our own as well. Research proves that helping other people spikes feelings of well being, hopefulness and happiness in ourselves. A study compared retired individuals above the age of 65 who volunteered, with those who didn’t. The results showed that those who volunteered scored significantly higher in life satisfaction and their will to live. They also had fewer symptoms of depression and anxiety than those who didn’t volunteer. Volunteering for local NGOs, and helping underprivileged children get access to education are just a few ways you can contribute to society. These can be time-consuming options though. Being kind and helping others can even be as simple as listening to someone who needs it.

We all know how a restless nights sleep can leave us feeling sick, unproductive, and defeated for an entire day. It can also severely affect our moods. Getting seven to eight hours of sleep is compulsory for every adult. A study conducted by the University of Binghamton illustrated that participants who got less sleep were more likely to experience repetitive negative thoughts while completing tasks than those who slept well. For deep, relaxing sleep you first have to organise and set your sleeping pattern. If you find it difficult to sleep early, check out these simple tips. 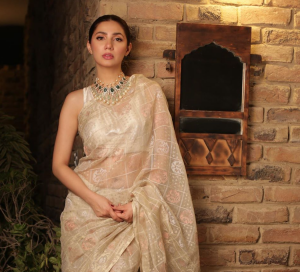 7 Sari’s That Are Anything But Boring 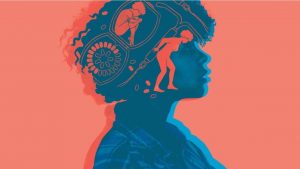 The World Is Not Built For Women – Do You Agree? 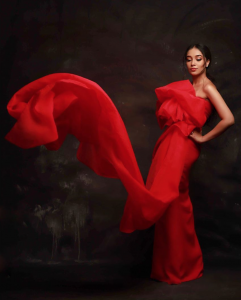 The Outfit Inspiration You Need For Your Wedding Party