Saadat Hasan Manto is one of Pakistan’s most prolific yet misrepresented writers. The last few years have seen a renaissance for Manto with new biopics being produced about him both locally (Manto, directed by Sarmad Khoosat) and across the border in Bollywood. The attempt to understand and rationalise the man has been a decades-long journey and one which continues to polarise the masses. To many millennials he is remembered as an alcoholic and damaged goods; rarely regarded with the same sentimental status fellow writers of his age are. For example, Faiz Ahmad Faiz is spoken of with a stroke of nationalistic pride posthumously (despite his views having always differed from those of the state).

In contrast, Manto has largely been left in the murky water of his reputation — until now. There’s been a resurgence of interest in Manto with a number of new translations and short story collections being released. Despite passing away at 42, Manto left behind a breadth of work to be read. He summed up his own work perfectly in saying: ”If you find my stories dirty, the society you are living in is dirty. With my stories, I only expose the truth.” Manto embraced the duality of human nature in all its kindness and cruelty, and how those two characteristics can often live like neighbours inside one human. He is well known for writing about the horrors of partition, and for the time, lewd portrayals of prostitutes and pimps. For these, he was charged with obscenity six times. However, he didn’t write about taboo subjects just for the sake of dramatic effect.

Manto’s writing is rich in its simplicity and turn of phrase, creating life out of the prostitutes’ den, and describing the domestic strife of a murderer and rapist, as seen in one of his more famous short stories ‘Thanda Ghost.’ These short stories are about people, and they are explorations of our humanity. They often veer towards the dark and satirical and can be uncomfortable in the way we may associate with the thoughts and feelings of the philandering husband or wife, thief, or pimp — their insecurities and frivolous wants, or existential searches for meaning in a world that’s morally breaking down around them. These are themes which the modern millennial Pakistani can relate to more than ever given the always politicised atmosphere we live in. The stories which were considered portrayals of the debased have now emerged as stories about the nuances of people in hard circumstances.

Manto has been defined by his stories about violence, but what is often forgotten is the feminist nature of some of his work. Manto wrote numerous short stories about women — women that are multilayered and complex, sexual and sexualised, doting and loyal, flippant and mercurial, and trying to make their way in the world. To reintroduce you to Manto and Manto’s Women, here are some stories sorted out by the interesting women they’re about.

‘Scorned’ is the impeccably written tale of a woman named Saugandhi: an ageing prostitute with an established career. She’s independent, experienced, and street smart, having acquired the cunning needed to keep her clientele satisfied without having to do anything she doesn’t want to do. Her story follows her over the course of one night on a job that doesn’t go exactly as planned. The reader gets familiar with Saugandhis internal struggle, her normal insecurities, and longing for real intimacy, and how she puts up with its absence— until she doesn’t.

Janki is a girl who aspires to be an actor, and travels all the way from Peshawar to Pune on a referral to a man who may help her find work. ‘Janki’ is an exploration of the way women are socialised to naturally be submissive towards the emotional needs and physical demands of infantilised men. Janki plays lover to a host of men that use her to care for their physical ailments and emotional needs. Janki cannot seem to stretch herself far enough between these men, and takes personal satisfaction in their well-being, until she is spent and they are done with her. ‘Janki’ is Mantos commentary on the way all woman are raised to be vessels for men; an illusion since this will never lead to their self-fulfilment.

This is the story of a flighty, independent Jewish girl, and her romance with a Sikh boy named Trilochan during the time of partition. More than that, it is about Mozels’ freedom, bravery, and uncensored desire to do exactly what she wishes. To say anything more would be to give the story away, so we’ll leave you with this: Mozel will make you feel every emotion there is, and end in a manner you would never have expected. This is a perfect example of a Manto short story and his exploration of untameable spirits.

This short story charts the journey of Sultana. Despite having a steady amount of business and success in Ambala as a prostitute, she moves to the bigger and more affluent Delhi with a man named Khuda Baksh. Here they hope and search for more opportunity, which doesn’t work out the way they planned. Manto presents Sultana as an average woman with average concerns about money and lifestyle, her own self-esteem, and needs. This is a nuanced story which leaves readers with an open ending; perfect to be discussed at book club or with your friends.

‘Radha’ is about a girl trying to make it in the film industry while dealing with misogyny, and the unnecessary glorification of her male co-star, Raj Bhai. This short story eventually simmers to a boil and culminates in an unexpected ending — one that is grounded in Radha’s violent insistence to be her own person and decide her own fate, and to not be put in a box. Most importantly, for Radha to be able to create herself and be autonomous in how she lives.

All of Manto’s stories will leave you with questions, and powerful insights. Most importantly, his female protagonists will surprise you with how modern they can be. It’s time for their renaissance — consider this your weekend reading! 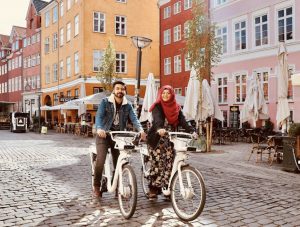 8 Reasons You Should Travel Solo After Marriage 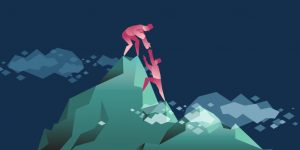 Ask The Therapist: “A friend has confided in me that he is suffering from major anxiety and has been prescribed anti-depressants…how can I help and support him?” 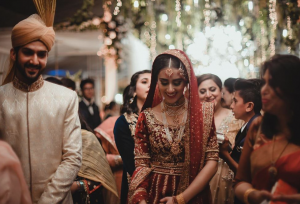 Word Of Mash: What’s The One Thing You’ve Wanted To Do But Your Parents Said Do It After Marriage