5 Celebrities Who Have Spoken Up About Mental Health

On World Mental Health Awareness Day, we wanted to highlight five Pakistani celebrities who have helped start the conversation about mental health in Pakistan. By coming forward and speaking about their own personal experiences, these influencers have encouraged a culture of openness and worked to dispel preconceived notions about mental health.

The famous morning show host had much to say about dealing with mental health and seeking help in this Dawn Interview.

“I have been seriously committed to therapy for two years. I don’t go for therapy because I am schizophrenic or manic depressive or because I have a psychological problem. In fact, I have a minor in psychology which is part of my degree but I go because I feel people in this industry should go to a psychiatrist at least once a week to vent out all that is inside them.”

She stresses how taking care of your mental health is similar to dealing with your physical health. “I tell everyone in the industry to go for therapy just like I go to the gym every day because in this industry you are constantly being analyzed from every angle.”

Shahbaz Taseer, son of Salman Taseer who was abducted by militants in 2011 and released four years later, took to Twitter to share his own suicidal tendencies and how he copes.

“I’ve spent a lot of time contemplating suicide. Depression is not something we can control. Its darkness consumes you. I remember when I couldn’t bear the sight of myself, I could see traces of who I was but I hated what I saw. I hated what I felt and I hated the pain,” he wrote candidly.

“Don’t ignore someone that needs you and don’t belittle someone because you have not experienced what they have.” he went on to add while urging others to speak up about their own struggles and seek help.

She stressed the importance of creating awareness, and education ourselves about the constant battle people face when struggling with mental health issues. “Near and dear suffering from depression need professional help/healing/therapy plus all our compassion, patience and understanding. This will only come if we educate ourselves and raise awareness.”

The celebrated singer has always been vocal about her personal struggles with depression but recently took to Instagram to help others dealing with similar issues. “A few months ago, I went through a phase of emotional turmoil. We all hit that occasional roadblock. Please remember to remind yourself of all the goodness and little joys you have in your life,” she wrote in a recent post.

She went on to add, “Reach out. Speak up. Love and value yourself.”

In an interview with Samina Peerzada, Actress Hina Altaf shared a tragic story about how her mother used to beat her mercilessly for being an actor and stopped her from working in showbiz.

In addition to her mother’s illness, she opened up about struggling with mental health herself. She drew parallels with her character in Udaari. “When I did the scene in Udaari where I was the witness and recalling what had happened to younger Zebo, I could relate to those dialogues because of what I have been through in my life.”

Our very own Mahira Khan has spoken about mental health issues on numerous occasions, including her TED Talk in Lahore. As of late, she took to Twitter to address the issue after the sudden demise of Anthony Bourdain.

She tweeted: “What is depressing is that there isn’t enough awareness about depression/mental health itself.”

She has also lent her star power to support organisations such as Roohbaru which is an online platform that provides a widely available and affordable tele-mental health platform to improve the mental health of people in Pakistan. 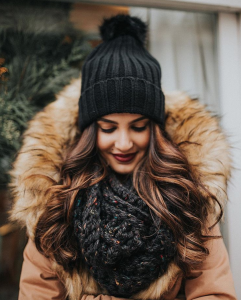 Winter Essentials Every Girl Has To Have 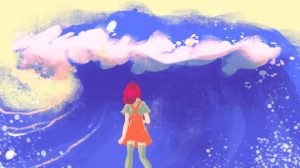 Ask The Therapist: “I have severe anxiety and overwhelming feeling of fear.” 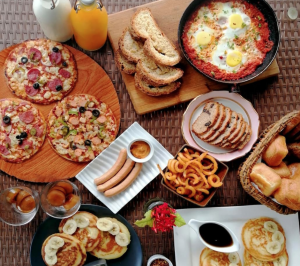 8 Home Businesses That Deliver Healthy Food Straight To Your Doorstep