Intermittent fasting is the phenomenon that’s taken over the world by storm for a while now. But if you’re a little behind on trying it out (like us!) and want to know what kind of experience other people have had with it, scroll down to read how 3 of our Mashion Staffers felt after attempting to do it for a week:

But First…What Is Intermittent Fasting?

Intermittent fasting is an eating pattern that concentrates less on what you eat and more on, when you eat it. There’s a pre-decided eating window that one is allowed to eat in, while for the remaining hours of the day, one has to be in a fasting mode. During the fasting mode, water and drinks like black coffee and tea are generally allowed. There are several different ways to go about intermittent fasting, and the method one chooses completely depends on what fits in with their lifestyle.

The most popular method for intermittent fasting is the 16/8 method or the Leangains protocol. This involves daily intermittent fasting and means having a 16 hour fast followed by a 8-hour eating period. The time for when your eating period starts doesn’t matter, although most people find it easier to fast for the morning hours and sleep with a satiated stomach. Two of our mashion staffers chose this method, along with the same eating window (12-8pm).

Other methods of intermittent fasting include alternate day fasting which incorporates longer fasting periods, for example some people do 24 hour fasting every alternate day. If you eat dinner at 8pm on Monday night and then don’t eat anything until 8pm on Tuesday night, this is a 24 hour fast. There’s also the 5:2 method which involves restricting your calorie intake to 500-600 calories for two consecutive days, but eating normally the other days. The method you choose depends on what works for you, but you should definitely try to ease yourself into intermittent fasting instead of going hardcore straightaway.

One of the many reasons people choose to intermittent fast is that it helps them lose weight without going on a crazy diet plan. Most people tend to eat fewer meals while doing it and while you’re in the fasted state, your body can burn fat that wasn’t accessible to it during the fed state. It essentially gives the body time to digest the food and in the process, burn excess fat.

This isn’t the only benefit however. Intermittent fasting can also lower blood sugar, reduce insulin resistance, reduce chances of cancer growth, improve inflammation and help with obesity and cardiovascular diseases.

Three of our Mashion Staffers decided to try out Intermittent Fasting for themselves and after a week of doing so, answered a few of our questions to help give us insight on their individual experiences:

Mentally a little relieved. Honestly, it wasn’t bad but I just missed having breakfast. However I felt physically less bloated and well-rested from having my dinner earlier in the day and sleeping early.

Yeah, I wanted to break the habit of having a snack before bed and this was the perfect way to have done that. I was following IF strictly and didn’t want to break any ‘rules’, now I’ve realised that to let go of a habit which doesn’t positively serve me, I just have to train and convince my mind a certain way because my biggest hurdle is my will (or rather lack thereof).

No, it’s not for me. I noticed that skipping breakfast gave me recurring headaches throughout the day. Prior to this experience I always had a slight inclination that my headaches only occur when I don’t have breakfast, but this week gave me confirmation of that.

During the start I would feel slightly peckish before sleeping because I was so used to having fruit or a granola bar right before bed. To curb my hunger I had a cup of green tea but towards the end of my week this feeling subsided.

I like my ghar ka khaana so I just ate that during this week as per usual but I did make a conscious effort to avoid sugar and fast food.

Eating window: 4pm-10pm. I did 18 hours of fasting and 6 hours of eating. When I first started doing IF (almost a year ago) I would do the 16/8 ratio but then I increased it. I also don’t typically do IF in one go so I’ll alternate days. In general, I believe in intuitive eating so don’t follow a strict plan but for this week I did IF every day. I’ve also done one meal a day in the past so out of 5 days, 3 of them were days I only ate once. So I would start with black coffee in the morning, I’d have some fruit around 4-5 pm and then have dinner at 8 pm.

I felt quite refreshed and energised to be honest. I didn’t feel any lethargy or bloating. I also made sure to have dinner before 10 pm so that helped make sure I wasn’t bloated or feeling heavy just before bed.

My biggest goal was to eat clean during this time. So nothing processed, just home-cooked food. My thinking was that when it’s time to start eating, you’ll be so hungry that it won’t matter what you eat so you won’t crave fast food or anything. Home cooked food will be satisfying. I also focused on natural sugars so had lots of fruit during my eating window. While losing weight wasn’t my goal, I did lose in inches!

Definitely! I have never been someone who would eat breakfast – I can’t eat as soon as I get up. This is a good way to stay balanced. I wouldn’t do this every single day though. I would probably do it every alternate day and even then, not for too long. At the end of the day, I believe it’s important to have a well balanced diet and one shouldn’t be too strict about this kind of stuff. I also don’t believe in fads or binge dieting to lose weight quickly, so if that shouldn’t be your goal.

Most days I didn’t. I would have a cup of coffee/tea every morning and that would be enough to get me going till my eating window. But on Day 3, I was feeling a bit snacky so to distract myself, I started doing some work or keeping busy around the house and drank tons of water and it helped!

I was definitely eating healthier in the sense that I was avoiding anything processed or from outside. So no ordering in, no fast food and no processed sugars. I had food that was cooked at home and lots of fruits when I wanted something sweet.

I felt good, but also pretty much the same. My eating habits are such that I already eat 2 meals a day, but the only difference with this week was that I was a lot more disciplined. Whereas before I’d always have fruits later at night or some other snack if I got hungry, now I made sure to not eat post 8pm. The one thing I did notice was that even if I felt hungry later at night, I always woke up feeling full and energised.

So the one goal I had at the start of this was that I wanted to break out of the habit of eating something late at night, and distinguish between physical hunger and mental hunger. I don’t think a week was enough to do that, but I did identify a pattern which made it easier for me to be wary of when I wasn’t actually hungry.

Sure. I don’t have strict eating hours in my usual schedule, but I tend to eat my first meal (breakfast) around 12-1pm and then my second meal (lunch/dinner) around 5:30-6pm. So the eating window I had didn’t feel like a huge change for me, except for adding that extra discipline. If I had to do it again, I would change the hours so that it’s more challenging for my body and thus, more effective.

I did maybe 1 or 2 days. One of the days, the last thing I ate was at 5:30 and I forgot about my eating window until it was over. So I felt hungry that night, but drinking green tea and water helped curb it! In general, doing IF made me realise that a lot of what I think is ‘hunger’ might actually be thirst – I am perpetually dehydrated so it’s not surprising!

I was eating normal, except I was trying to avoid sugar which is super difficult for me. My eating habits otherwise are relatively healthy as it is; my breakfast is usually oats or eggs in some form with black coffee and my second meal is whatever’s at home with healthy substitutes (brown rice instead of white, whole wheat roti or coconut roti instead of the normal etc).

Note: If you have health conditions or are unsure of how to go about intermittent fasting, please seek medical advice from a professional. 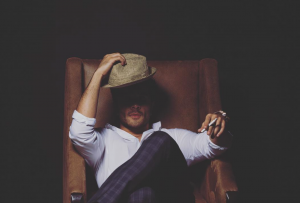 Ask The Therapist: “I’ve been a smoker for 10 years. I want to quit but it seems impossible. What should I do?” 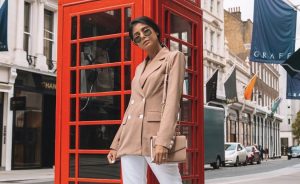 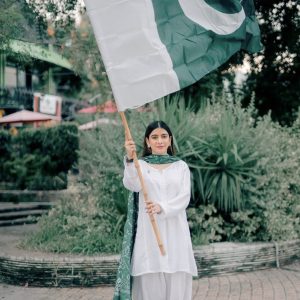 14 Gifts For 14th August To Buy For Your Loved Ones (Or Yourself!)